PCL Drivers vs PostScript, which to choose?

Printer control language or PCL as its more commonly called is one of the most common printing language used widely by many different printer manufacturers. It is the most general print driver used as it is supported by many different operating systems. PCL is device dependent which means the printer hardware is actually responsible for creating some of the printed data. This allows print jobs to be printed quicker than using the PS driver. 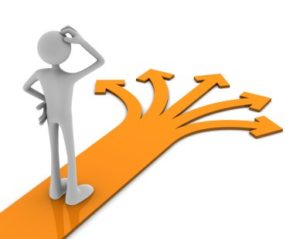 This driver is mainly used in office environments were documents being printed mainly consist of text and a few images.

Pros for using the PCL driver

Cons for using the PS driver

If you need any assistance choosing the right driver for your business, give us a call, we would love to help you.

PostScript Language or PS as it’s more commonly known is a device dependent driver which means it is specifically suited for individual print devices. This driver is most commonly used in MAC environments, Graphic designers and print companies as it produces a higher level of consistency when printing images compared to the PCL driver.

This driver should also be used in environments that outsource their printing to a printing company for mass production. This way the document will be identical when printing in the office or at the printing company.

Pros for using the PS driver

Cons for using the PS driver

Get a Copier Quote

Get a Copier Quote